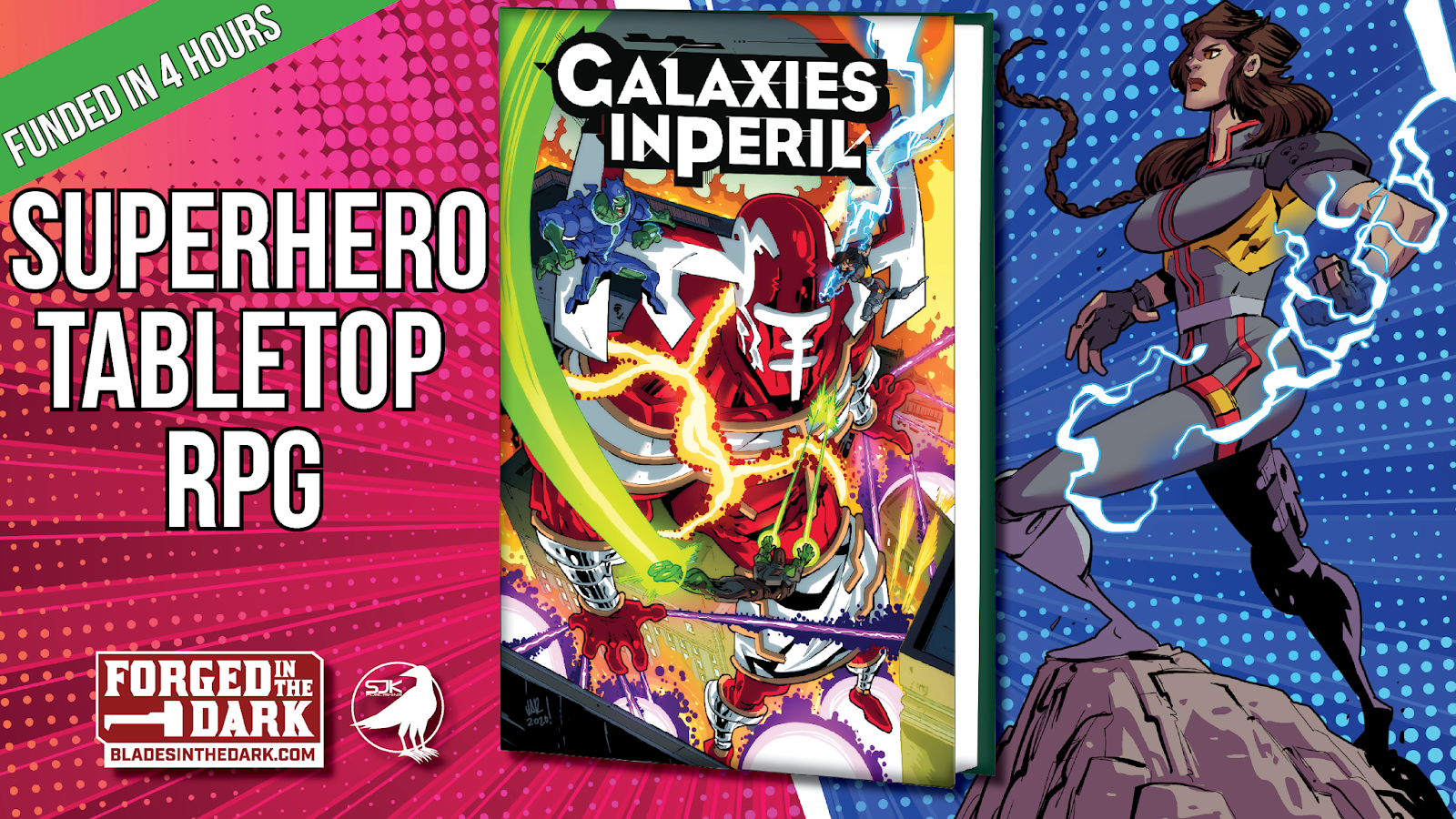 Galaxies in Peril is a tabletop roleplaying game about a team of superheroes trying to wrest back control from a city that is ruled over by villains that have total control over the city. It takes the best of our previous game, Worlds in Peril, and updates & streamlines in new and interesting ways. The same artist that did everything for Worlds in Peril, Jonathan Rector, is back and better than ever! 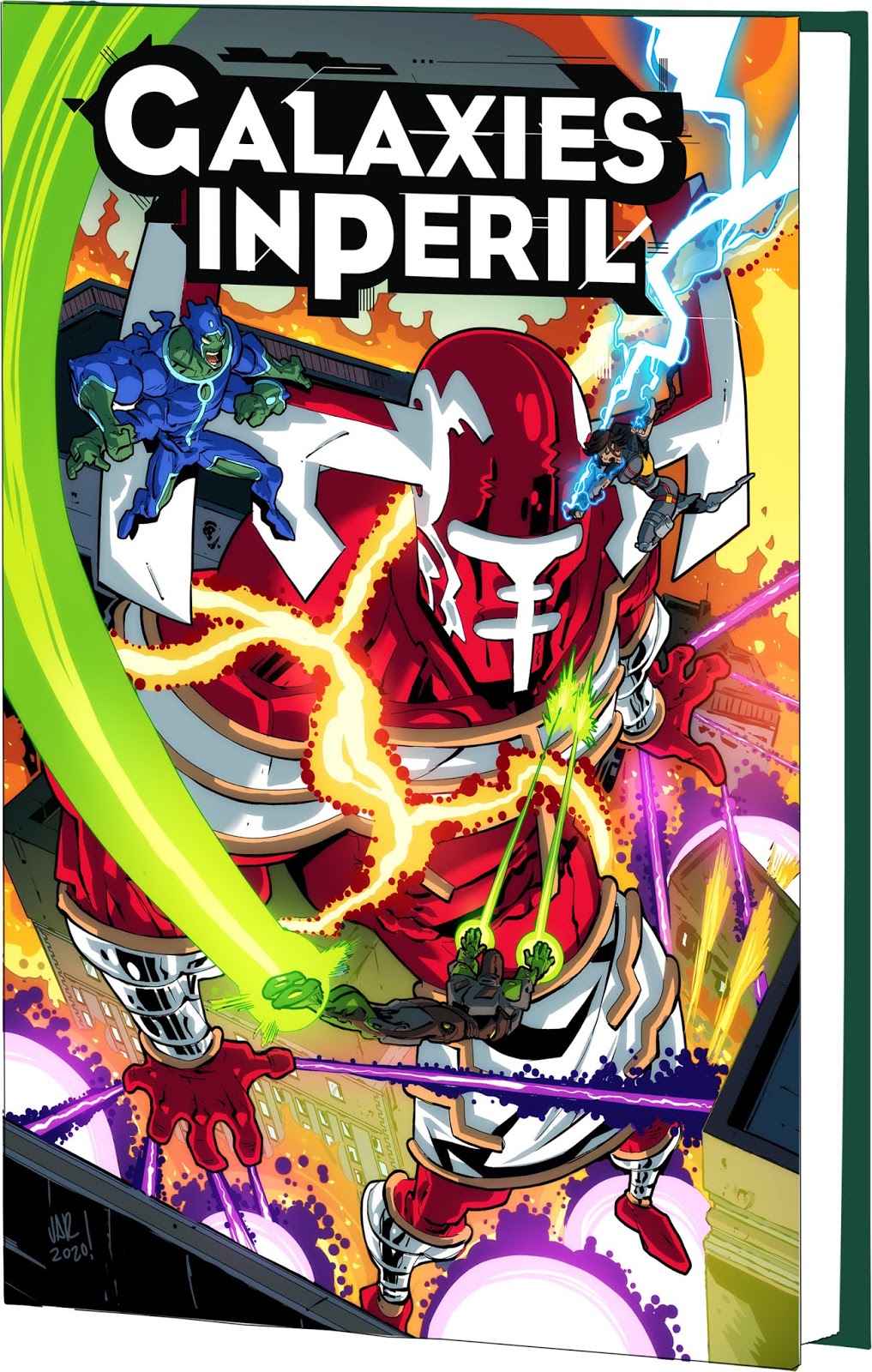 The city your superheroes play in is an important gameplay element. You take back control from evil factions and supervillains that hold sway over the city before you and your team show up on the scene. As you take on new adventures and build your campaign world with the rest of your friends, you can use the stickers included in the book to place them on the map as they come up in play. At the end of a campaign, or even a single game session, you'll have more than a great story to tell, you'll have a unique map to show off as well.

Let's face it, this is a superhero roleplaying game, so the mechanics behind your heroes' powers has got to be compelling. The powers system is build into the character sheet and always for all the versatility you could want: On the left-hand side of the sheet, you write in your hero's power set, or list of things they can do. If you were playing someone like Superman, you'd write in things like flight, heat vision, cold breathe, super strength, and so on.

During the course of the game, you fill in the section on the right-hand side. If you want to do something that’s more than a normal human could do, and there’s some element of risk or danger involved, you pay stress to use your powers you've detailed on the left-hand side.

Once you’ve got it written down you don’t need to pay stress to do it again in the future. So during play you'll be watching your character grow and learn to use their powers as a direct result of what's going on in the game world.

Of course, outside of powers you've also got all the great tools for advancement that players of Forged in the Dark systems know and love. You've still got improving your action ratings, building up and improving your HQ, acquiring new special abilities, as well as increasing the amount of stress you can take.

LEARN TO PLAY BY READING A COMIC BOOK

Just like with Worlds in Peril, I want to be able to include a comic book inside the game that teaches someone new to the game how to play it. Our previous comic was 12 pages long! If you haven't seen it, I've included a link here, or below so you can see what amazing quality. I hope you'll hope on board on the kickstarter to make sure we can make the book the best it can be! 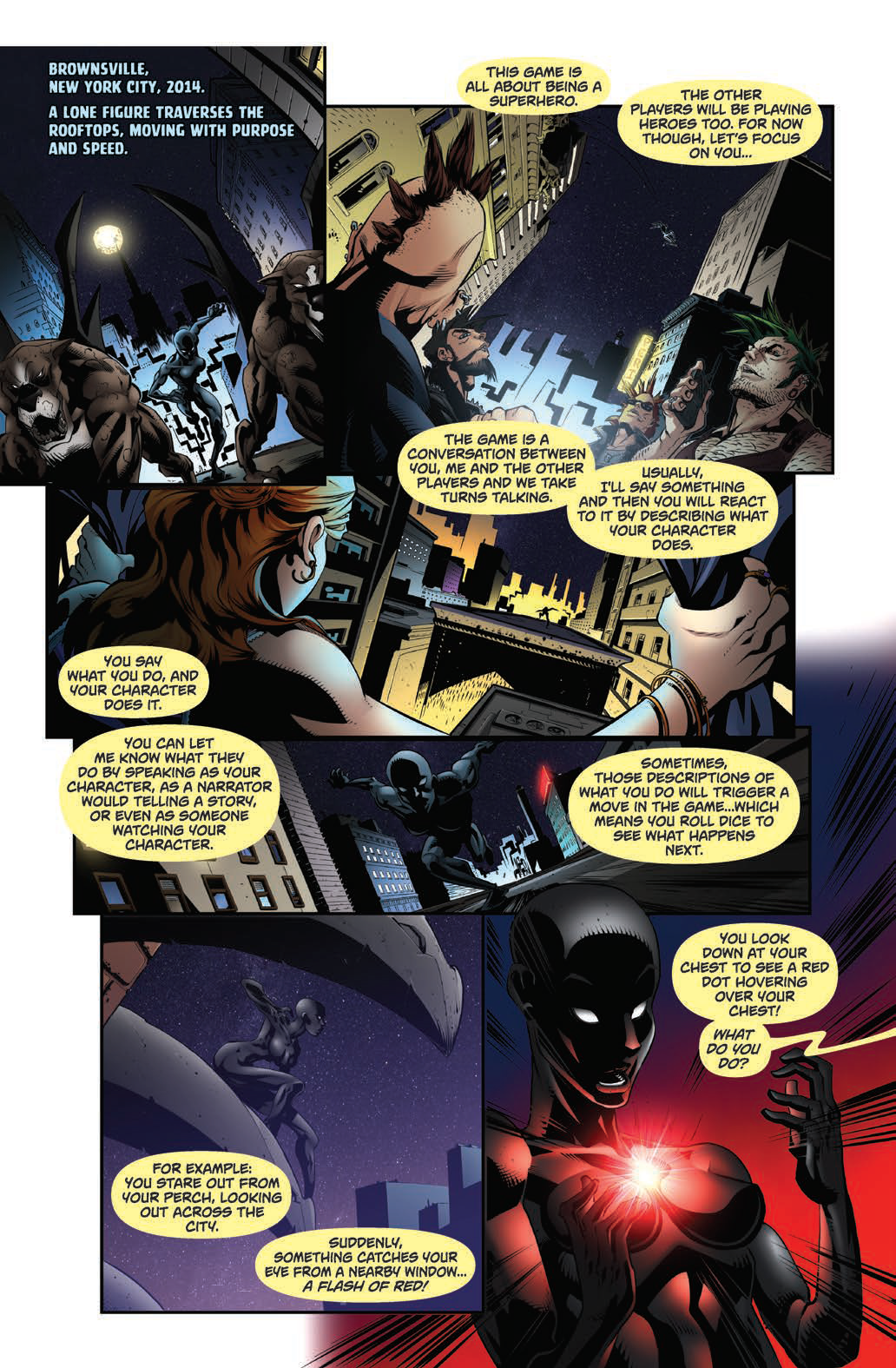